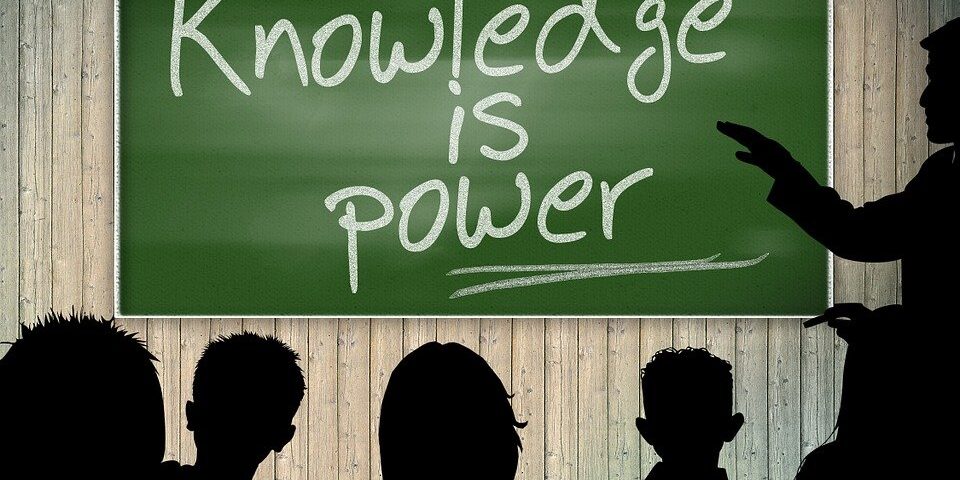 The phrase “scientia potentia est” is a Latin motto which means “knowledge is power”. It is usually attributed to Sir Francis Bacon, although it is not known that this exact phrase appears in Bacon’s English or Latin works. However, the expression “ipsa scientia potestas est” (“knowledge itself is power”) appears in Bacon’s “Imperial Decree” (1597). The exact phrase “scientia potentia est” was originally written by Thomas Hobbes in the 1668 edition of Leviathan, who was Bacon’s secretary when he was young.

A proverb with almost the same wording was found in Hebrew, which was translated into Latin Vugat in the Biblical Book of Proverbs (24:5) as “vir sapiens et fortis est et vir doctusrobustus et validus” and in the King James Version, which was the first official version in English, as: “A wise man is strong, a man of knowledge increaseth strength”.

No matter who originally penned the term, it has a long history of use and holds true both literally as well as figuratively. You can take this phrase to mean many things but in the most literal sense, knowledge truly is power. The power of knowledge compels and propels a student to achieve. The power of knowledge is confidence and curiosity. Knowledge is growth and understanding and the key to success is the drive to always learn more.