The way an individual links parts in a speech, a book, a movie, etc., together may fail and leave illogical or irrelevant understandings. Weak oral language comprehension is a common symptom and follows the “parts to the whole” concept. Sometimes perceived to be poor listeners, these individuals may ask the same questions multiple times without getting the meaning.

To summarize, reading is cognition. Gestalt imagery is integral to the process of cognition and processing of oral and written language. The imaging factor has been mostly ignored while methods of education that focus on question and answer tests have been the focus. These methodologies can only test comprehension, not teach it.

Lindamood-Bell® programs such as the Talkies® and Visualizing and Verbalizing® programs, address and remediate individuals who experience issues with gestalt imagery resulting in language comprehension deficits. 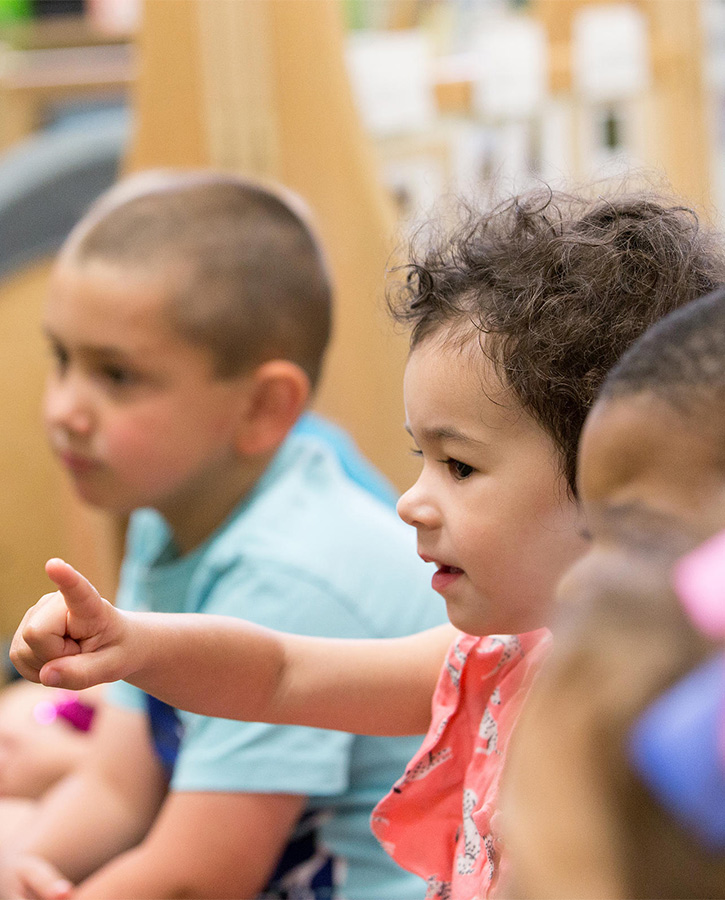 A primary cause of language comprehension problems is difficulty creating an imagined gestalt. This is called weak concept imagery.

This weakness causes individuals to get only “parts” of information they read or hear, but not the whole. Individuals of all ages may experience the symptoms of a weakness in concept imagery.

This causes weakness in:

Below, we list the different steps of the Visualizing and Verbalizing® program as described by Nanci Bell in Gestalt Imagery: A Critical Factor in Language Comprehension:

The individual describes his or her own image with assistance of the structure words and specific questioning of choice and contrast. The procedures move from the “personal image” level to the “known noun” level that stimulates detailed imagery for a familiar, high-imagery word such as clown, doll, Indian, cowboy, etc. The goal is to develop detailed visualizing and verbalizing of a word prior to requiring detailed visualizing and verbalizing of sentences.

The individual images and describes—visualizes and verbalizes—a sentence using a previously imaged noun. The teacher creates the simple sentence, presents the sentence to the individual orally, and questions with choice and contrast to stimulate imagery.

Sentence by Sentence with Interpretation

As the Sentence by Sentence process is developing an imaged gestalt, the stimulation extends to interpretation and critical thinking. The imaged gestalt is used as the cognitive base for higher order thinking skills of main idea, inference, conclusion, prediction, and evaluation. 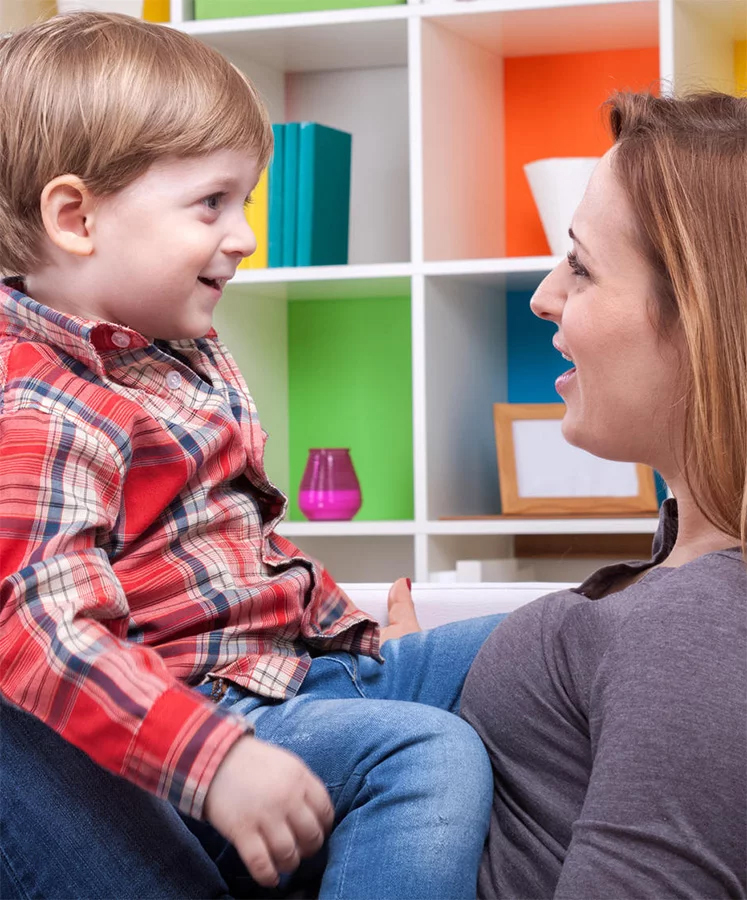 Chip is in first grade, and has had a full-time tutor since he was three. His poor communication skills are causing him social difficulty, and he has difficulty expressing himself. He struggles with understanding language concepts.

Individuals of all ages can experience a significant weakness in the ability to create an imaged whole.

The Talkies® program—the primer to the Visualizing and Verbalizing® (V/V®) program—is designed for students who need simpler, smaller steps of instruction to establish the imagery-language connection. 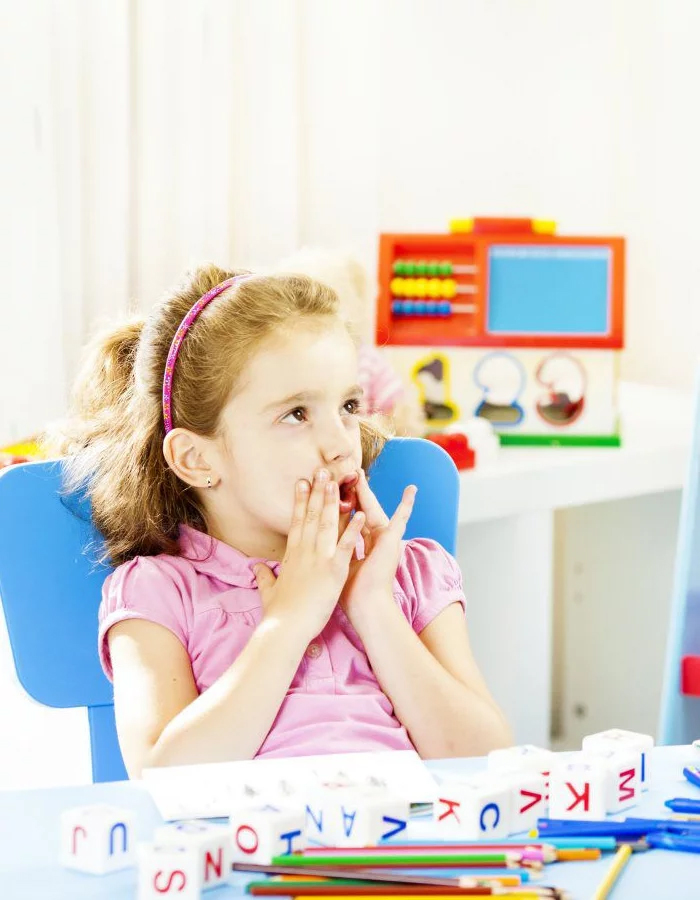 Despite numerous attempts to teach him, John struggles with sounding words. When he attempts to read on the page, he guesses or uses context cues. He has been labeled as “dyslexic.”

Many children and adults experience the symptoms of weak phonemic awareness.

The LiPS® program teaches students to discover and label the oral-motor movements of phonemes. Students can then verify the identity, number, and sequence of sounds in words. Once established, phonemic awareness is then applied to reading, spelling, and speech.

Many people are not aware that a reading comprehension deficit is rooted in language. Identifying core weaknesses in language will effectively remediate a child’s reading comprehension. Language-based programs such as the Visualizing & Verbalizing® program work on oral language, listening comprehension, reading comprehension, vocabulary, parts of speech, writing and more. See some common questions below.
1What is language comprehension?
Language comprehension is the ability to both connect and interpret oral and written language skills. It is the ability to get the main idea, make predictions, recall facts, draw conclusions, make inferences, and evaluate information. It is the ability to reason from language that is heard and language that is read.
2What are Language Comprehension Disorders?
Language Comprehension disorders are sensory disorders where children exhibit weaknesses in creating a gestalt. These weaknesses cause interference with the connection to and interpretation of incoming language. For many people, gestalts are not processed easily or successfully and therefore only pieces or parts of facts, details, and names are processed but not the concept as a whole.
3What is a gestalt?
A gestalt is a complex unit that is more than the sum of its parts. The gestalt is crucial and required to have the ability to interpret or reason. Interpretive skills of identifying main idea, predicting, inferring, concluding, and evaluating cannot be processed without the gestalt. The gestalt is where this language can be processed. It brings meaning and deep structure to what is being read or listened.
4What is gestalt imagery?
As described by Nanci Bell in Gestalt Imagery: A Critical Factor in Language Comprehension: “Gestalt imagery is having the ability to create an imaged whole. It connects us to incoming language and links us to and from past knowledge, accesses background experiences, establishes vocabulary, and creates and stores information in both long-term and short-term memory.” A quote from Aristotle: “It is impossible to even think without a mental picture…memory or remembering is a state induced by mental images related as a likeness to that of which is an image.”
Notice: Jamie The Tutor LLC is NOT Lindamood-Bell Learning Processes®. Jamie The Tutor LLC is NOT affiliated with, certified, endorsed, licensed, monitored or sponsored by Lindamood-Bell®, Nanci Bell, Phyllis Lindamood or Patricia Lindamood. Lindamood-Bell®—an international organization creating and implementing unique instructional methods and programs for quality intervention to advance language and literacy skills—in no way endorses or monitors the services provided by Jamie The Tutor LLC.

We have Lindamood-Bell specialists available now.