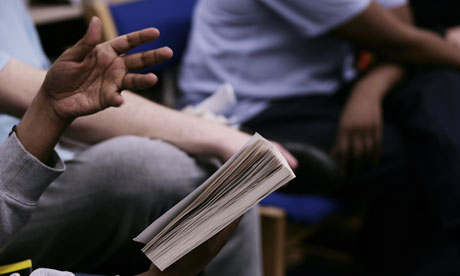 Today, reading is essential in order to function in society.  Those who do not read adequately often fall behind or sadly drop out of school and there is a high probability that these students end up in prison.

According to the National Right to Read Foundation, people who read poorly often end up in either low paying jobs, welfare, or in jail.  Dyslexic individuals are at risk of joining these individuals.  The prevalence of dyslexia in the general population is about 20%.  It is 48% for prisoners according to a study conducted by the University of Texas Medical Branch in conjunction with the Texas Department of Criminal Justice (published 2000).  Estimates of learning-disabled students being dyslexic vary between 70 and 85%.  Reading is regarded as the most important skill that a child must accomplish at school.  In order to learn, one must read.

Reading challenges can destroy lives.  Choice, in all its facets, is diminished in the life of a reading disabled person. Moreover, learning or reading disabilities can have destructive emotional effects which are anguish, embarrassment and frustration. Cheating, stealing and experimenting with drugs can result from these children who see themselves as failures. Thousands of children are caught up in the juvenile justice system each year. At least one in three of those arrested has a disability and the figure may be as high as 70%.  Some federal data show that kids with disabilities are overrepresented in Mississippi detention facilities.

Approximately 80% of prisoners of all ages are reported to be functionally illiterate by the Texas Study mentioned above. Poor single word decoding accounts for a significant percentage of that rate.  The study found that 47.8% of inmates were deficient in word attack skills while two thirds of the subjects scored poorly in reading comprehension.

Another study in the United States was conducted by the National Center for State Courts. Their results showed that youths with learning disabilities were 200% more likely to be arrested than their nondisabled peers for comparable offences. According to the U.S. Department of Education, 60% of America’s prison inmates are illiterate and 85% of all juvenile offenders have reading problems.

What we need to do as educators and parents is to be aware of what can happen if your child does not receive the proper tools such as an Orton-Gillingham multisensory program at a young age.  The correct use and application of this knowledge will not only save your child from a life of crime, but in general will reduce the prison population, while performing the humane deed of enriching the lives of learners.